To learn more about GDI, simply plug in your email below, and click Submit. 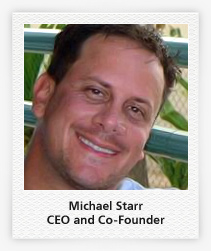 Michael Starr oversees, directs, and integrates the creative and marketing departments, as well as the technical division of Global Domains International, Inc. (GDI), which maintains the Registry for all “.WS” domain names worldwide. His management responsibilities include a broad range of data management and security for GDI and all its services, including online order processing for all domain names worldwide, local and web database management for Domain Name Services (DNS), and all additional features in domain name management for GDI. Starr’s focus for managing the Registry from its inception has been focused on redundancy in all systems and personnel, high system performance, and transparent expandability (scalability). No expense has been spared to meet these three core objectives.

Michael also manages a large staff of technical professionals that maintain the Registry around the clock. Additionally, he works with GDI’s creative and marketing departments, continually introducing new programs that promote .WS to the international Internet community.

Michael co-founded FreedomStarr Communications, Inc., d.b.a. Planet Earth Communications (PEC) in October 1995, which currently maintains licenses in most of the United States for certified telecommunications services, and supports thousands of users in each state.

Michael has been involved in entrepreneurial activities for more than 20 years and has extensive knowledge in direct marketing and affiliate marketing distribution, as well as in software systems necessary to track agent sales and activities. Michael majored in Sociology at the University of California, Los Angeles (UCLA). 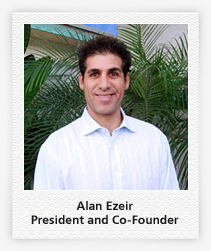 Alan Ezeir has established a track record of success in e-commerce, telecommunications, and in several other fast-paced entrepreneurial/start-up environments. Before founding GDI with Michael, Alan was head of USVT, a switchless telecommunications reseller in Northern California. Under his leadership, USVT developed a broad distribution base throughout California, and increased monthly revenues by a record six fold.

In 1991, Alan founded Intelligent Communications Management; a business instrumental in helping small to large companies determine the most proficient telecommunications carriers to suit their requirements.

With a vision to navigate the course of the company as it enters the new millennium, Alan is vigilant in his continued search to develop successful new business horizons. He earned his Bachelor’s Degree in Political Science from UCLA.

To stay current on the latest opportunities and strategies and receive an email notification of each new blog post, submit your email below, then check your inbox for a confirmation link. Also check your spam folder as some email services don't always recognize emails from blogs. Thank you. You will need to periodically check your spam folder for notifications on new posts as some email services may not recognize emails from U.S. Home Work Force blog notifications. Thank you.